We are delighted to announce a new event concept for 2022 focused on management training. The interactive event taking place on 9 and 10 June 2022 at Chesford Grange Hotel, Kenilworth, will feature sessions around connecting people, developing strategy and preparing the sector for the future.

This event is open to clerks, deputy clerks, Responsible Financial Officers (RFO’s) from councils of any size across England and Wales who currently manage or aspire to manage a team.

More information and the agenda will be available shortly. What’s in it for you?

Clerks in Wales – you could be eligible for a bursary towards 50% of the cost. Click here to find out more.

A closer look at your sessions...

‘As Clerks, our lives revolve around agendas, so today we are going to a scary place – the session with no agenda!’

Join Jane Biscombe, Clerk at Weymouth, as we co-design our own agendas, explore what’s important to us, learn and share with our colleagues and use our power of movement to create our own, unique and personal agenda. All you need bring is your expertise and your questions.

Justin will use his experiences as an Army officer and from his time on expedition to illustrate the place of kindness and listening in developing trust among communities and teams. He will also explore the place of showing vulnerability, exercising moral courage and creating shared purpose when operating in complex and challenging environments.  In short, this is a look at why meaningful connection is so important to our wellbeing and getting things done and why leadership is an attitude to relationships, not a position, band or grade.

With 24 years’ experience working with private, public and voluntary sectors Josie will share learning techniques through tools and personal stories from her journey.

Josie will talk about the effects of the COVID Tsunami and some of the wicked problems it has brought to organisations, teams and individuals.

Whether we want to or not! we must recognise “hybrid” working. We MUST identify the different motivations of our people and find ways to inspire. The consequence of us doing this will save us losing our talented and high potential people now and in the future.

In April 2022 Ian and Johnathan facilitated a workshop of Chief Officers/Clerks from larger Local Councils to explore some of the issues and challenges facing our sector and in particular our roles as professional senior managers in the sector.

In this interactive session, we’ll take you through the process and the outputs from the workshop.  You’ll learn about the ‘Stanford Creative Design Process’ that we’re using as our guiding methodology, and you’ll have a chance to get stuck in to considering and challenging the long list of ‘problem statements’ that came out of the workshop.

For more information about the background to the workshop please feel free to visit Ian’s personal blog site https://iamianmiam.uk/ .  Disclaimer: this is a personal blog site and any opinions expressed are Ian’s own and are not necessarily supported or endorsed by his employer or SLCC!

Philip Collins is the Writer in Chief for the Draft, Contributing Editor for the New Statesman, and Columnist for the Evening Standard.

History’s greatest leaders have been its greatest orators. From Pericles to Barack Obama, via Elizabeth I and Winston Churchill, the orators have ruled. That is as true today as it ever was. In fact, in an era when a leader’s every word is recorded, published and analysed, the link between the arts of leadership and oratory has never been stronger.

The challenges faced by modern business executives, after all, are persuasive in nature. Investors must buy their vision. Employees must deliver it. Regulators and policymakers must support, or at least not oppose, it. An increasingly activist public must be engaged, sometimes inspired, too.

It is little surprise, then, that the iconic CEOs of recent years have been great communicators. Investors hang on every word of Buffett and Bezos’s shareholder letters. Jobs’s speeches are still watched by millions. The annals of corporate history, meanwhile, are littered with the names of CEOs who failed to communicate their vision.

This is the age of the Orator CEO.

Virtual delegates – How do I book & register?

Book the event here and we’ll email you confirmation of the booking.

You will need to register for the virtual sessions before the conference begins.

To register simply visit the SLCC event app and:

If you have any questions please email events@slcc.co.uk 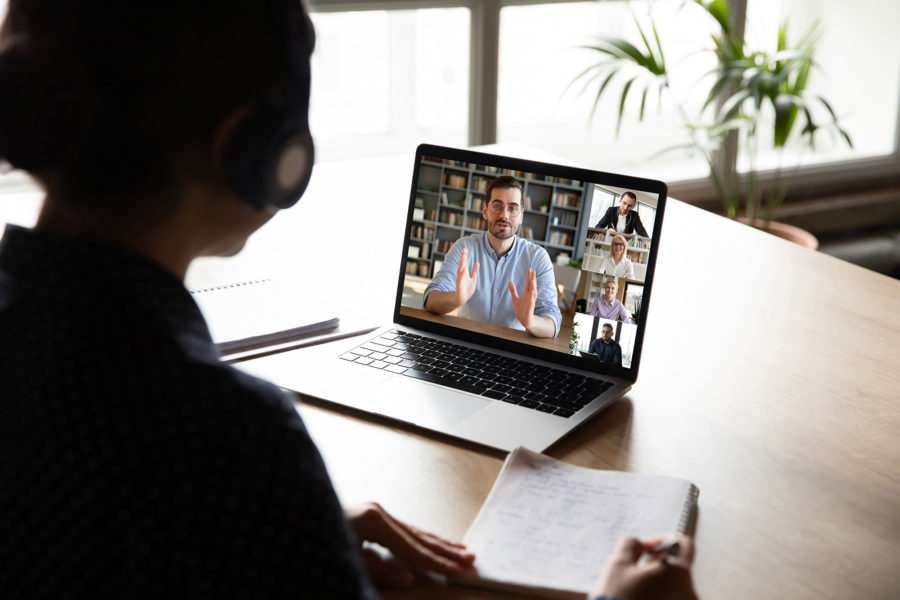 Management in Action is generously sponsored by CCLA Investment.