Founded in 1972, SLCC has gone from strength to strength, starting with just 50 members and now representing clerks to over 5,000 councils in England and Wales.

As the professional body for local council clerks and senior council employees, we ensure that our members are equipped with the necessary knowledge, training and skills to thrive within their role and best support their council and community.

Many councils understand the benefit of having a clerk who is trained, fully briefed on current issues within the sector and able to access accurate advice quickly. As such, 90% of our members’ councils pay for their clerks’ annual subscription, as encouraged by the Local Government Act 1972 s 143 (1) (b), ‘a local Authority may pay reasonable subscriptions, whether annually or otherwise, to the funds of any association of officers or members of local authorities which was so formed.’

Whether you seek expert advice, to develop your professional career or simply build relationships with your fellow clerks, we can offer you the support and recognition you deserve.

Click here to read more on the governance of SLCC.

Our vision and ethos

To provide training, guidance, advice and support to members so that they can develop the professional skills, knowledge and experience necessary for them to best serve their councils and communities; and through this develop the overall recognition and status of their profession

Rob has been SLCC’s Chief Executive since 2017 before which he held senior management roles in the cruise and rail industries in Britain and North America spanning both public and private sectors.

As a senior leader, Rob, who holds a Masters Degree in Business Administration, has an impressive track record of leading cultural and organisational change in a wide variety of business contexts.

Under the direction of the Board of Directors and supported by a team of Heads of Service, Rob has successfully guided SLCC through a period of considerable challenge and change to become the open, modern, forward-thinking and, above all, member-led, professional body it is today. 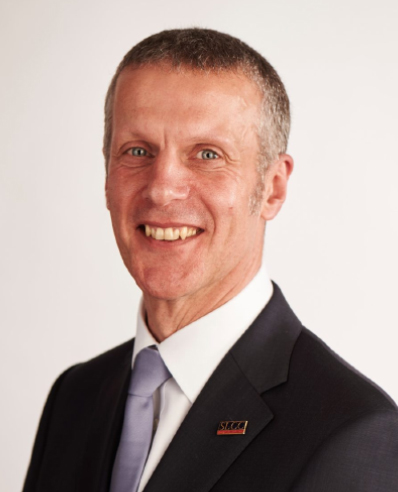 Steve has led upon a number of innovative community initiatives including a bespoke Community Warden project and the management of a community highways cluster partnership and trains new Clerks in Sussex and Surrey. Currently Steve is a Member of the SLCC Board of Directors and is the Chair of the Board.

Steve is married to Lisa has two teenage daughters, enjoys playing football, cricket and trying to play golf along with being a Liverpool Football Club fanatic. 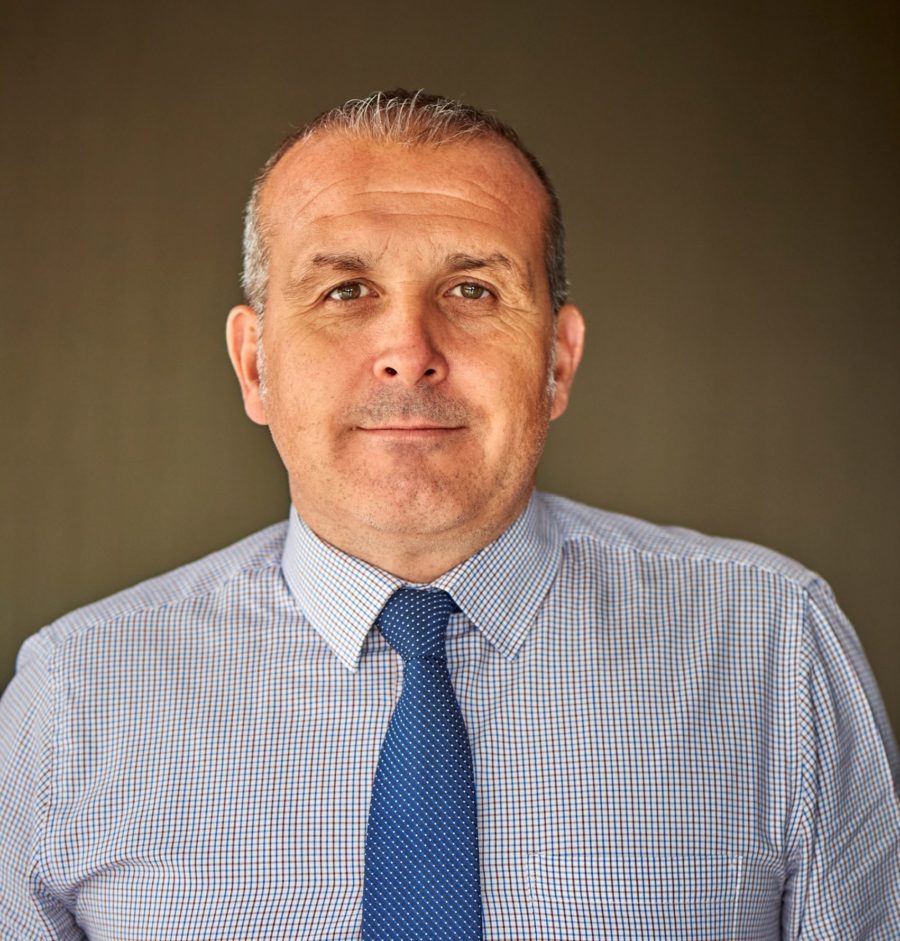 Philip was a parish councillor in his home village for 24 years, with 14 years as parish council chairman – during which time it won the Calor Village of the Year Award.

Since joining Huntingdon Town Council, the council’s role in the town has grown – with the transfer of the Cromwell Museum to the council, which saved it from closure, the construction of a new eco community hall at zero cost to the residents, and the construction of the town’s new crematorium and burial ground. This opened in October, with waste heat from the all-electric cremators being used to heat the adjoining council glasshouses which help with the production of the floral displays across the town. 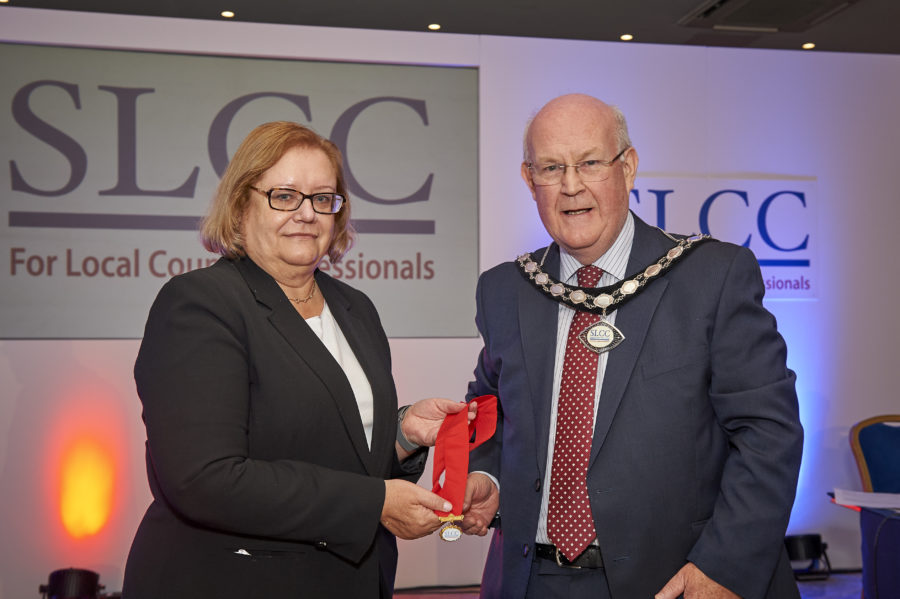 The next major projects being led by Philip include making the Grade II* listed Georgian town hall zero-carbon, by replacing the existing gas boiler with air source heating and installing secondary glazing. The 1880’s cricket pavilion and nets are also going to be replaced with a 21st century eco pavilion and incorporate an indoor eight-a-side cricket pitch.

Huntingdon Town Council is very civic minded, maintaining the traditions of the council, for which Philip, with his voluntary background as Chapter Steward to Ely Cathedral for ten years, is well suited. Since becoming town clerk, Huntingdon has enjoyed bestowing three Military Freedoms of the Town and two exiting Freedoms being exercised.

With Philip’s civic background, he delivers monthly webinars on Operation London Bridge for members, so local councils can be fully briefed and prepared.

Through his role as town clerk, Philip is also the Cambridgeshire Branch Chairman and its representative on the National Forum. Plus, he’s a Board Member to Cambridgeshire and Peterborough Association of Local Councils, where he takes the lead on environment.

Philip is married to Carol. They have two sons and one daughter, along with three granddaughters.

The theme for Philip’s Presidential Year will be councils and climate change. 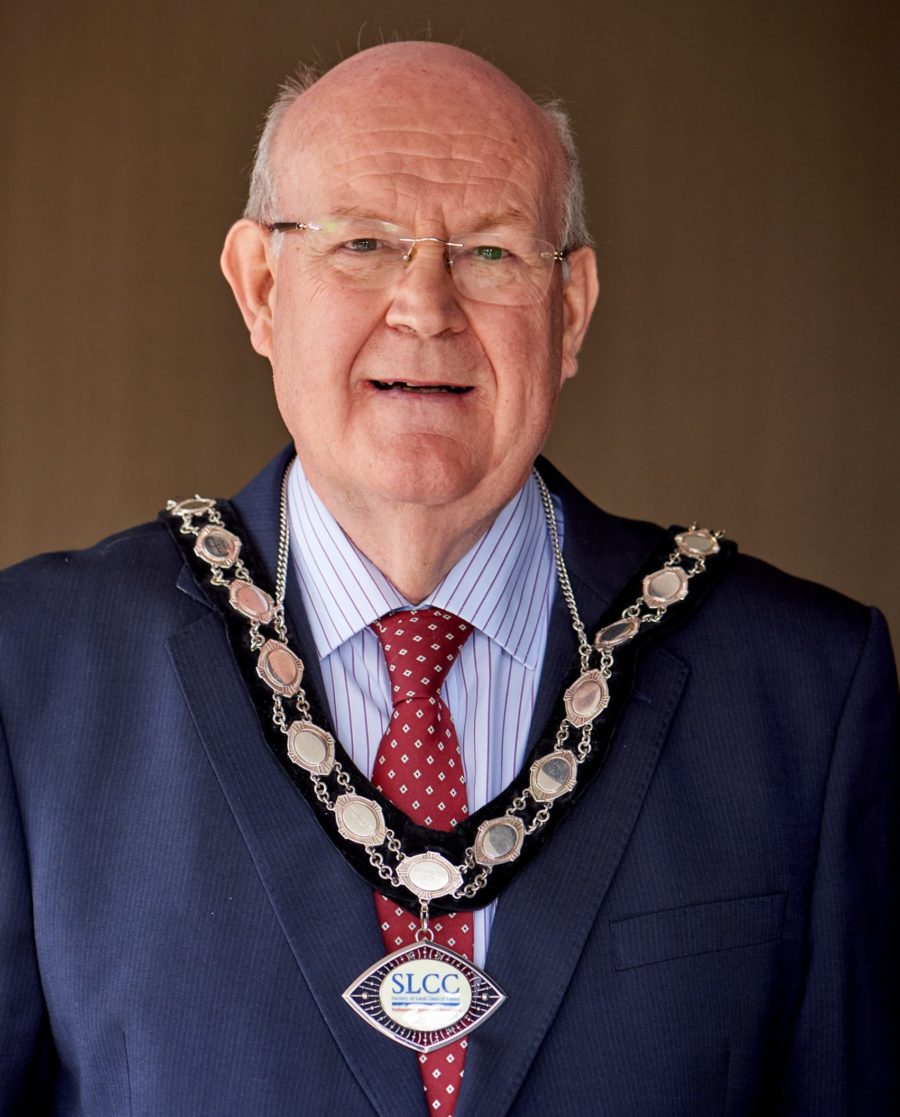 The British Heart Foundation fund over £100 million of research each year into all heart and circulatory diseases and the things that cause them. Heart diseases. Stroke. Vascular dementia. Diabetes. 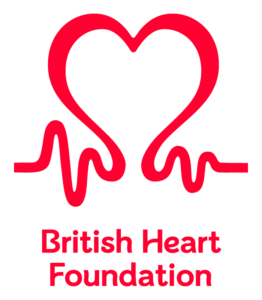 The new SLCC charity dedicated to supporting clerks with their Community Governance qualification. The new charity will provide educational funding and support to clerks who are either new or existing students, to ultimately develop the professionalism of the sector. 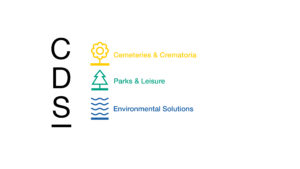 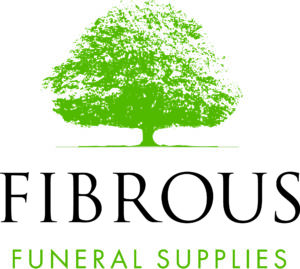 Our team has a wealth of experience and are committed to providing outstanding customer service. Our Head Office is located in Taunton, Somerset with the team positioned across England and Wales. 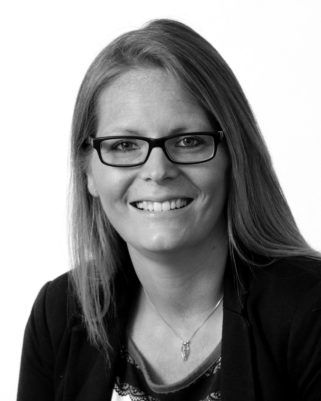 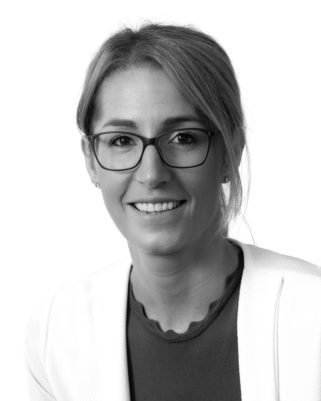 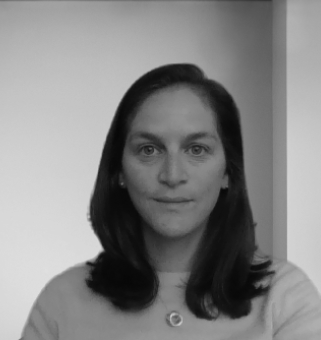 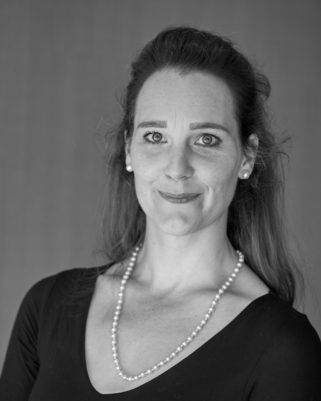 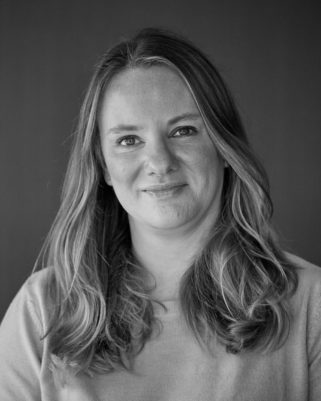 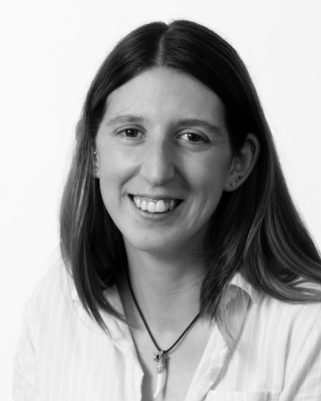 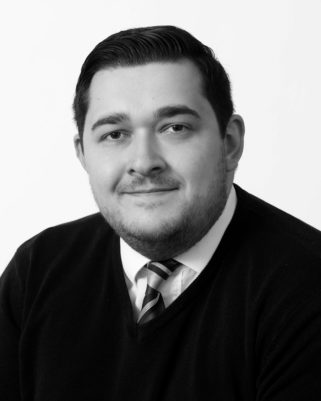 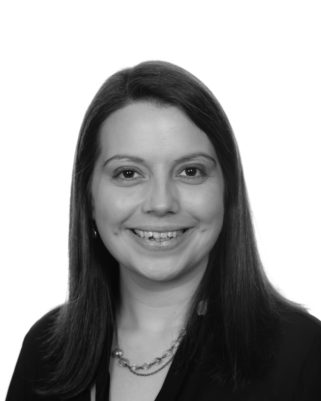 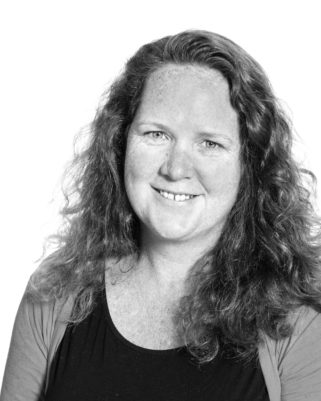 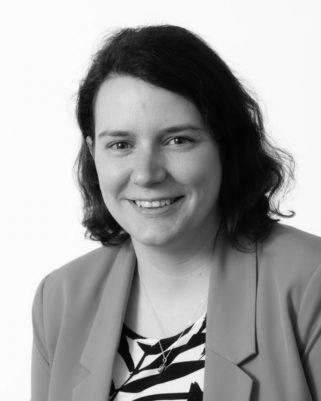 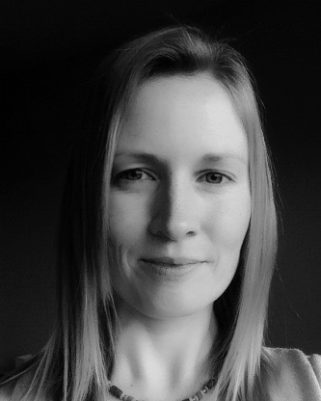 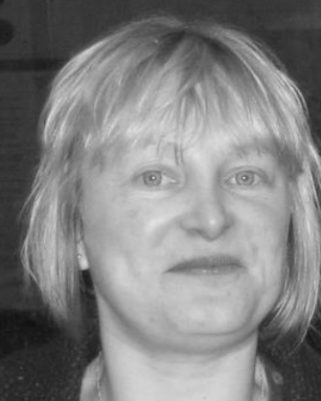 Local government touches the lives of everybody, every single day. It is responsible for a varied and wide range of local services vital for people, businesses and communities. 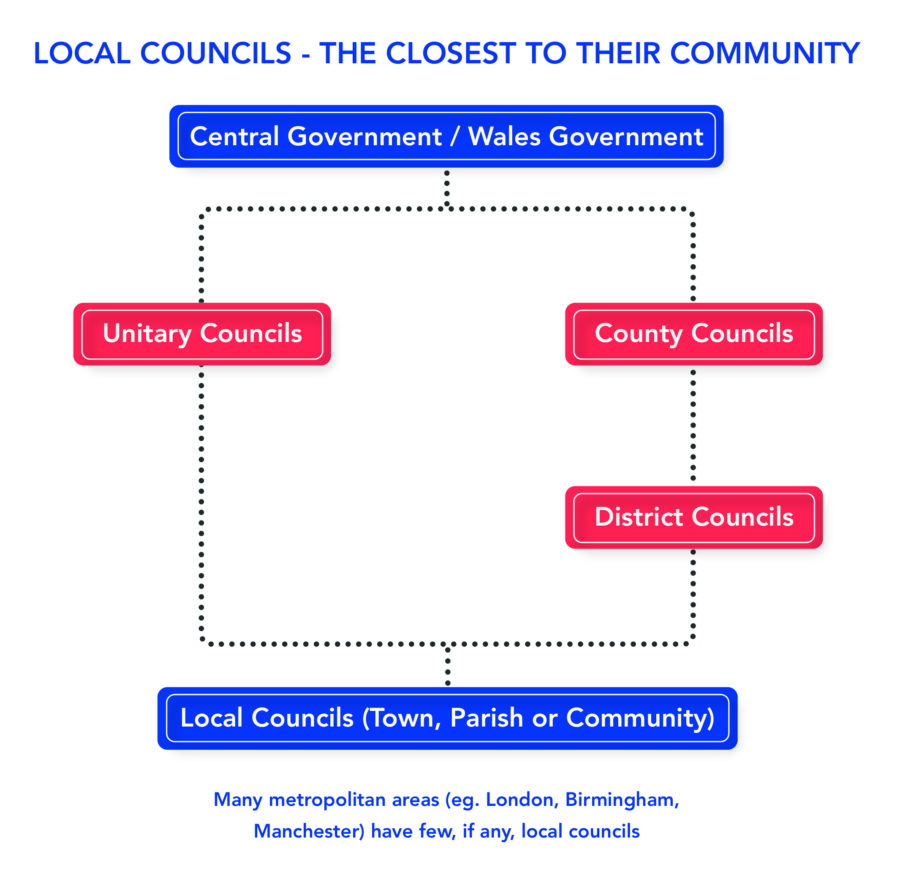 1972The beginning of SLCC

The SLCC was founded during a lunchtime breakout session at a National Association of Local Councils (NALC) Conference in the basement of Westminster Hall on Saturday 2nd November 1972. Originally, there were just under 50 members working as a ‘self-support’ group.

An update on the Membership figures at the time, membership of the SLCC stands at 510.

The first National Conference was held in Scarborough 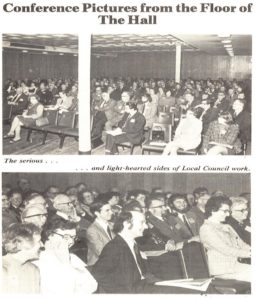 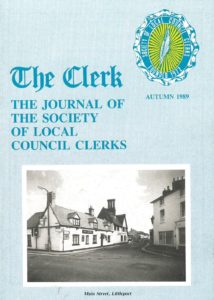 In 2001, the National Executive Council's decision to appoint professional officers and to invest in new services resulted in the SLCC growing rapidly and membership increase to the point where members now serve over 5,000 councils.

2006 The start of SLCC Enterprises

As member services increased it was determined that about 5% of those activities were deemed to be “trade union” activities, principally (a) providing employment advice to members in dispute with their councils and supporting them at internal hearings; and (b) from time to time working with the National Association of Local Councils and One Voice Wales to agree the model contract of employment or other national terms and conditions. Because SLCC provided these services, the Certification Officer included SLCC on the schedule to the List of Trade Unions as a body which the Certification Officer considered to be a trade union. SLCC was accordingly obliged to comply with the legislation on trade unions, including the need for its National Executive Council and its Chief Executive to be elected by ballot of all members. However, SLCC was never affiliated to the TUC, nor did it have any political affiliations or take part in the annual pay bargaining for local government employees. Whilst SLCC had received renewed legal advice that it was lawful for councils to pay the subscriptions to a professional body which was also a trade union, its National Executive Council (NEC) has been considering for some time the potential risk to the SLCC’s financial future should some councils decide or be persuaded not to pay such subscriptions in the future.

By January 2016 it had also become clear that the need for the Chief Executive to be elected, with no certainty of the result, was a major impediment to encouraging a wide range of applications for position which was vacant at that time. NEC therefore decided to bring forward consideration of the proposed constitutional changes to establish SLCC as a purely professional body and at the same time create a new body, the Association of Local Council Clerks (ALCC) an independent trade union representing the interests of senior officers in the local council sector. Following the implementation of these changes the Certification Officer withdrew SLCC from the schedule of Trade Unions.

February 2016 saw the launch of the ‘Your SLCC’ the new way to renew or apply for membership, book events and log CPD points online. The innovation was a step towards improving members experience by making introducing a convenient, self-service website.

Following a resolution carried unanimously at the National Conference in October 2016, the SLCC became a limited company on 25 January 2017, with a Board of Directors replacing the former National Executive Council.

The SLCC is a vibrant and focussed organisation which helps local council officers not only to continue, but to develop and grow professionally and so be able to better serve their councils and the communities they support. The formation of the Professional Development Scheme (Fellow and Principal members) and the building of a comprehensive Continuous Professional Development (CPD) structure has further raised the profile of a profession which now plays an increasingly significant role in the local council sector. Click here to view the full timeline of events.