HomeNews & PublicationsThere But Not There – D Day Landings 75th Anniversary

The charity Remembered has just launched their latest There But Not There D-Day 75 campaign – a poignant Bootprint installation appeared on Slapton Sands to honour the 749 US GIs and Sailors who horrifically perished on the 75th anniversary of Exercise Tiger.

There But Not There’s D-Day 75 campaign objectives remain the same as before:

Over the centenary year their Tommies captured the public’s imagination and the heart of the nation – they want the Bootprint installations to do the same.

The charity’s aim is to see thousands of community groups, public bodies, offices, schools and councils across the UK take part in the D-Day 75 There But Not There campaign again, by hosting their own Bootprint installations. They want every person in the UK to be able to walk in the footsteps/bootprints of the men and women who left their local communities 75 years ago.

In accordance with the Armed Forces Community Covenant, the ask is simple, they are asking for help to activate this campaign once more in as many communities across the UK as possible.

By doing this people will join the nation in remembering the fallen and help support today’s veterans, while bringing each community together.Details of how to order Bootprints can be found on Remembered’s website here 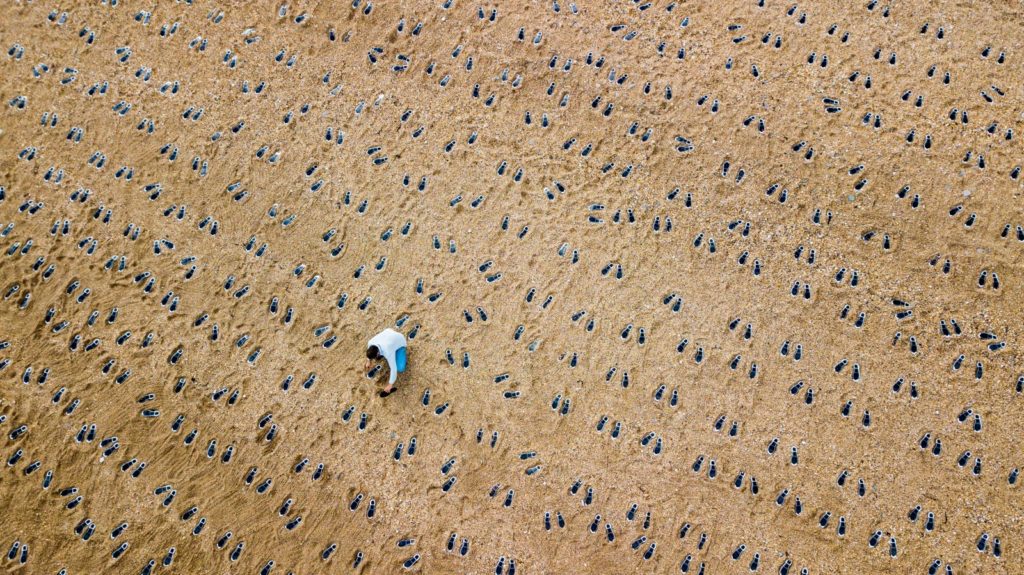