National Conference has always attracted inspirational speakers of the highest quality and this year’s virtual conference is no exception. 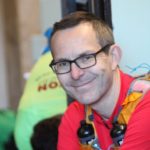 World Record-Holding British Cave Diver, John Volanthen played a key role in the 2018 Tham Luang Thailand cave rescue and was named one of TIME magazine’s Heroes of the Year. In his presentation, ‘Achieving the Impossible’, John will share his experiences of the Thailand rescue and discuss his belief that success in life is rarely down to luck but takes perseverance, determination and preparation. His story is not one to be missed.

You may know our next speaker if you’re a fan of LBC Radio. Tom Swarbrick is a presenter and former adviser to Theresa May who speaks on all matters political including crisis management and communication. 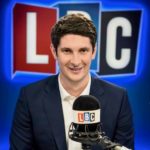 Election campaign. Now an award-winning reporter, Tom speaks on a range of political issues and is sure to have an insiders perspective on current events.

Not an SLCC member? Click here to join today.

Back to SLCC Training and Updates